The Dayna Brons Honorary Award recognizes an individual from Canada’s hockey community who exhibits outstanding dedication towards patients who rely on blood and stem cell products in Canada. This person must be deemed to have made a significantly positive impact regarding the awareness and necessity of Canada’s Lifeline. 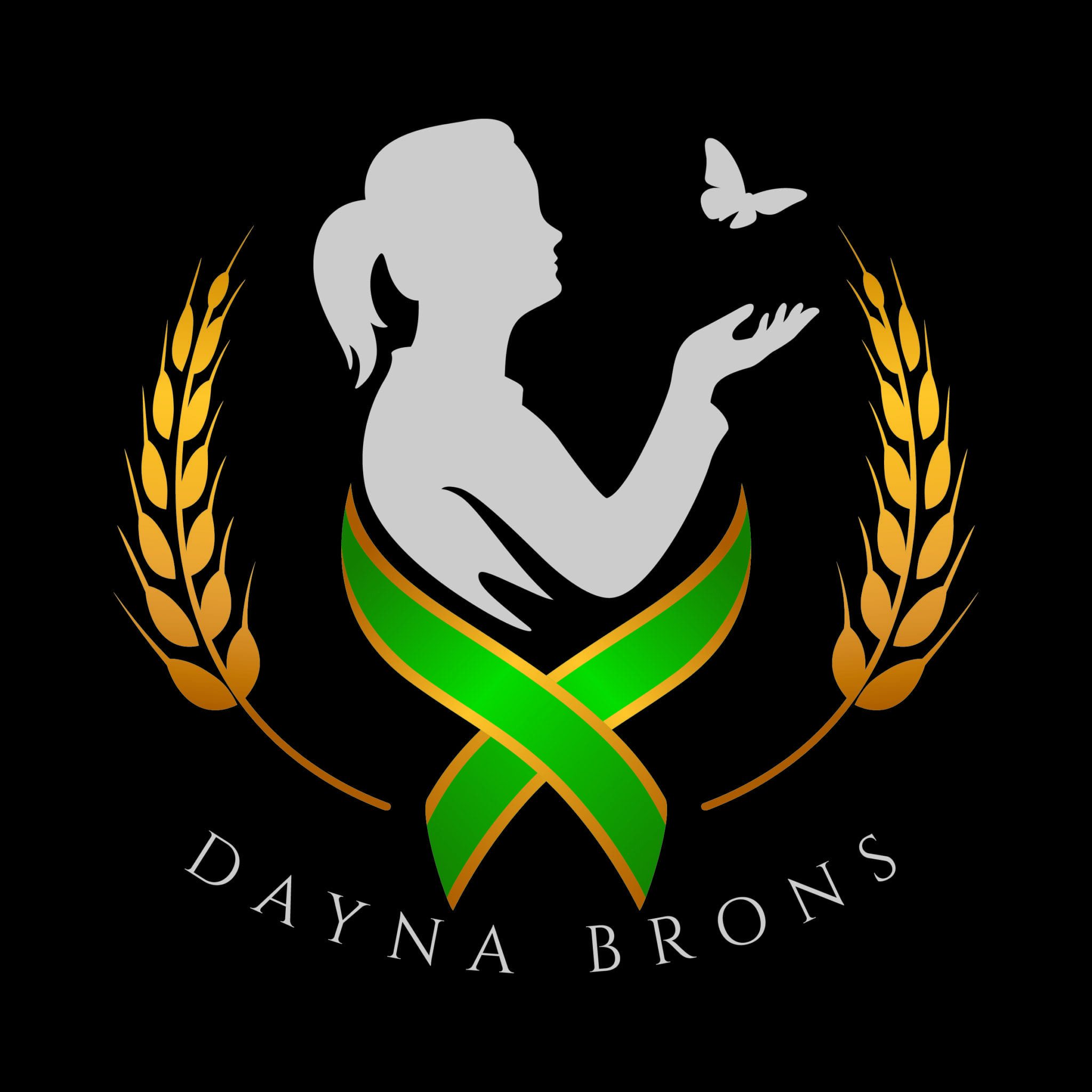 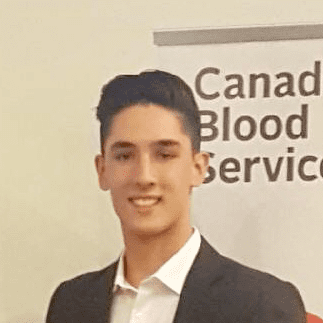 MIssisauga Steelheads
Born and raised in Barrie, ON Jacob Ingham is a product of the Barrie Minor Hockey system where he was picked by the Mississauga Steelheads 26th overall in the 2015 OHL Priority Selection. In June of 2018 Jacob was drafted by the LA Kings in the 6th round of the NHL Entry Draft, capping off an impressive start to his junior career. Since joining the Steelheads on a full time basis in 2016, Jacob’s leadership and maturity have become well recognized and likely a major reason for his recognition as a top end prospect.
As an example of his character, this past season Jacob voluntarily took on a significant role to help promote the Bleed Blue Game Night vs the Hamilton Bulldogs in March. In the days prior to the game, Jacob took time to meet with 13 year old blood recipient Aaryan Dinh-Ali. In his conversation with Aary, Jacob was able to share his personal connection to blood donation as his grandmother was the recipient of 8 units of blood following a near fatal motor vehicle accident in 2018. The accident, along with Jacobs selfless nature, inspired him to further support Hockey Gives Blood and Canadian Blood Services by donating 4 dollars from every save he made through the first 50 games of the season, totaling over $5,500. To top it all off Jacob became a new blood donor shortly after the season when he donated blood on May 5, 2019 along with members of his family.
Jacob is an outstanding player, leader and ambassador with several of the quality’s Dayna Brons was known for and we could not be more proud to announce Jacob Ingham as the first ever recipient of the Dayna Brons Honorary Award. His efforts to promote the need for blood and stem cell donation are inspiring to all of us and especially those around him in the hockey community.
Congratulations Jacob!
...read moreread less 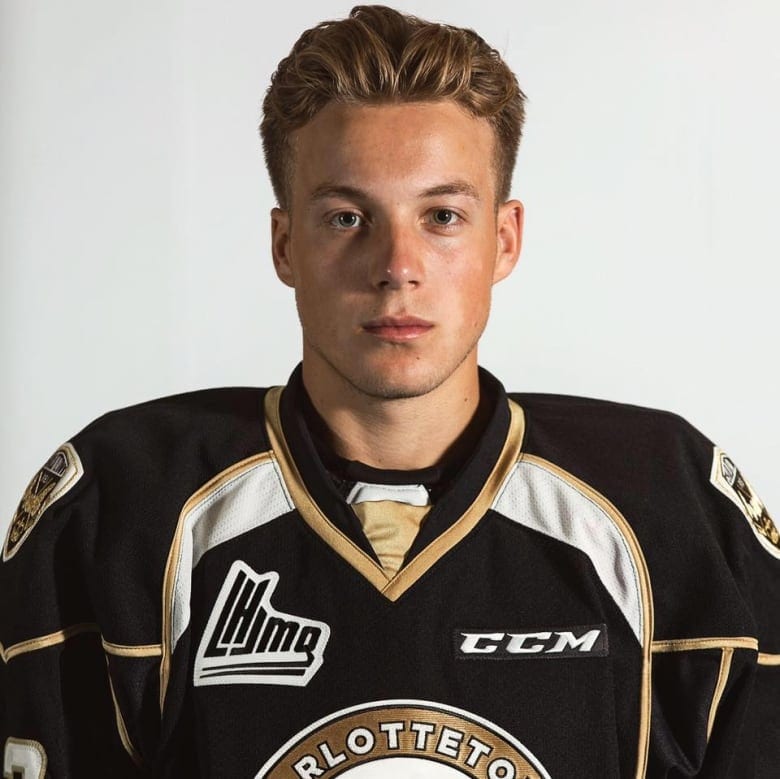 This past season Matt became a Player Ambassador in November 2019 and got to work right away. Throughout the season Matt donated blood twice, encouraged a team blood donation event, helped promote the #stemcell registry, posted multiple times on social media and rallied his team and community to win the ‘blood drive challenge’ over the SeaDogs and Wildcats. Impressive!

We thank Matt for these contributions and feel privileged to have announced him as the second recipient of the Dayna Brons Honorary Award.
...read moreread less 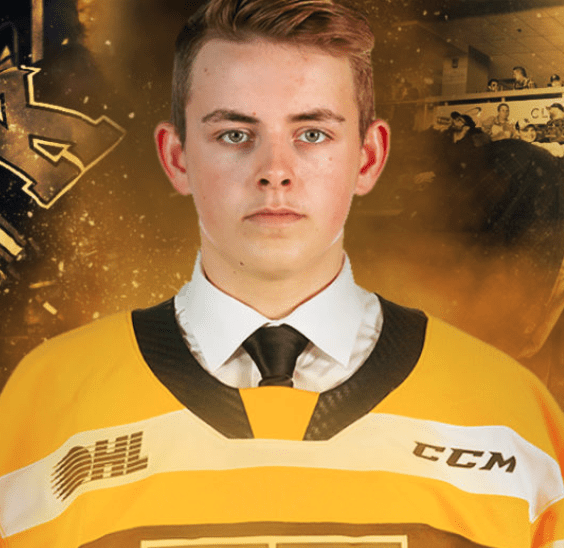 Kingston Frontenacs
Since Braden Hache joined the Hockey Gives Blood Player Ambassador Program in June 2020 Braden embraced the role as an influential leader amongst his peers and in his community. Born and raised in New Market Ontario Braden is a Defenceman with the Kingston Frontenacs of the Ontario Hockey League who is well known for his off-ice contributions. This past year Braden donated blood four times, joined Canadian Blood Services stem cell registry, registered his intent to become an organ and tissue donor, hosted his own stem cell campaign and lead all Player Ambassadors in social media sharing. Displaying many of the traits Dayna was known for Braden consistently promoted the life-saving initiatives of Canadian Blood Services with passion and enthusiasm inspiring many others to join the cause. Braden is also the recipient of a $5,000 educational bursary made possible by Canada Life. Congratulations Braden on becoming the third winner of the Dayna Brons Honorary Award.
...read moreread less 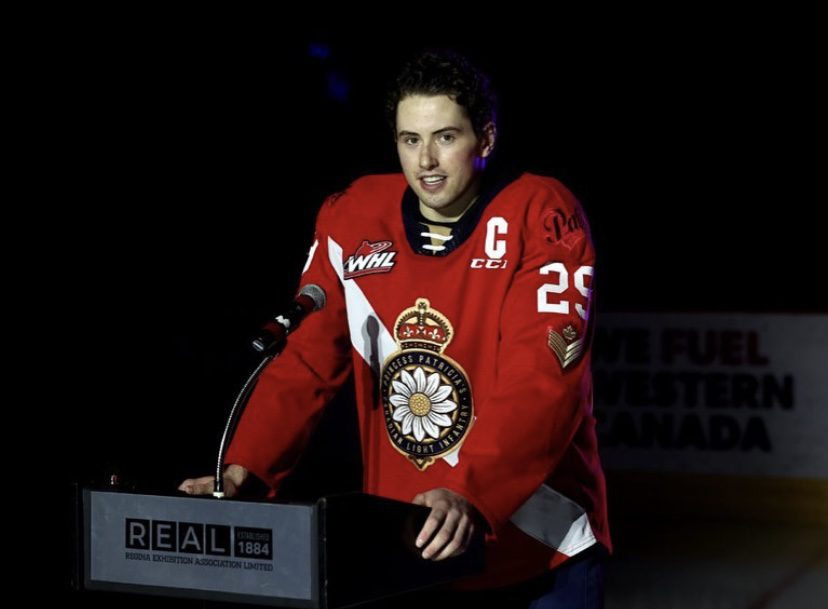 Regina Pats
As the captain of the Regina Pats Logan Nijhoff consistently used his leadership skills to support thousands of patients that rely on Canadian Blood Services.
Born in Comox BC Logan’s biggest asset was his ability to influence those around him in a positive way and his genuine passion to give back to the community. As a Player Ambassador Logan had a tremendous impact recruiting many new blood donors and encouraging those between the age of 17 and 35 to join Canadian Blood Services stem cell registry. At one point Logan helped recruit over 100 blood donors over a three day period and also raised over $8000 during his Every Face-Off Counts campaign.

Being the selfless person that Logan is he embodied many of traits Dayna was known for such as humility, dedication and kindness and sought nothing in return. We are proud to have named Logan the forth recipient of the Dayna Brons Honorary Award.
...read moreread less

702 East Athabasca Street
Kamloops, British Columbia
V2H 1C9
Hockey Gives Blood was founded in 2018 by former hockey players, all of whom were seeking to do more for the Hockey community. When the Humboldt Broncos tragedy struck they were filled with a desire to give back. Hockey Gives Blood is a work of passion for each of them.
Website by  Kamloops Web Design